Qualcomm has announced three new SOCs that will mainly power Budget & Lower-mid-range devices in the near future. This includes the Snapdragon 632, the Snapdragon 439 & the Snapdragon 429. All of these SOCs have received major upgrades over their predecessors & they’ve also borrowed some really nice features from the upper range of SOCs. So, let’s break down the specs. 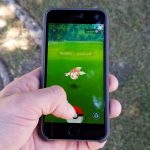 But, there are some similarities which are bringing significant upgrades in budget smartphones. All these new CPUs support 802.11 ac Wi-Fi, Bluetooth 5.0, Dual 4G with Dual VoLTE, Qualcomm aptX Wireless Audio codec & Quick Charge 3.0. Now, how many of these mordern features will a specific OEM enable in their smartphone, that might be a question but, at least this opens the way for these modern features into low-budget smartphones that’ll be powered by the Snapdragon 429 & 439. The Snapdragon 630 already had most of these features so, it’s not a huge deal for the 632. Oh, and these CPUs are also supposed to be basic AI capable so, maybe we’ll see AI scene detection in budget devices as well.

The Snapdragon 632, 439 & 429 will start showing up in smartphones starting from the Second Half of this year & initially we may be seeing some Chinese brands such as Xiaomi & others using this SOC.